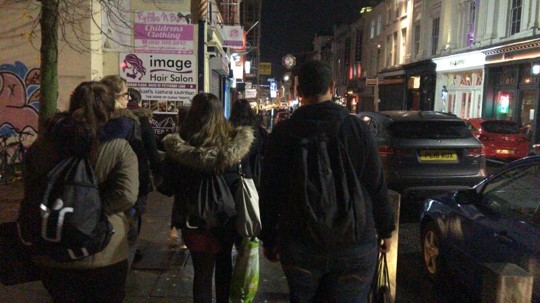 As part of their Project based learning, for the first time ever, students of the Life Sciences UTC have been participating in a weekly session focused all around the issue of homelessness.

Including rough sleepers, it is estimated that there are over 300,000 people homeless in the UK alone. Recognising the importance of this issue, the cohort of 10 students took to planning. To kick start their campaign they began some internal fundraising during lunch and break times in order to raise money for producing care packs for the homeless. 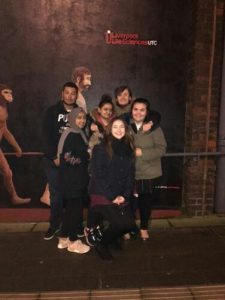 Students and teachers within the school were asked to donate certain items to make up the packs including food and snacks, toiletries and warm clothing.

The first leg of their fundraising was a real hit and by producing a ‘guess the baby’ campaign they managed to raise an impressive £130 in just one afternoon. Teaching staff submitted baby pictures of themselves, and students had to guess correctly (donating each time) for the chance to win a hamper. Following this, year 13 students set to work on building personalised care packages for the homeless community.

Students then worked in conjunction with The Paper Cup Project who support the homeless in Liverpool City Centre. The charity goes out on Monday evenings (7.30pm) around the city.

On the 18th December, our year 13 cohort joined them to personally deliver their Christmas care packages. A small gesture, but for those sleeping rough enduring a harsh winter, this small pick me up can provide basic essentials that make a world of difference to the homeless community. A fantastic effort from all. Thank you to everyone involved including staff, our dedicated students, and the commendable Paper Cup Project for raising awareness of this ongoing issue.