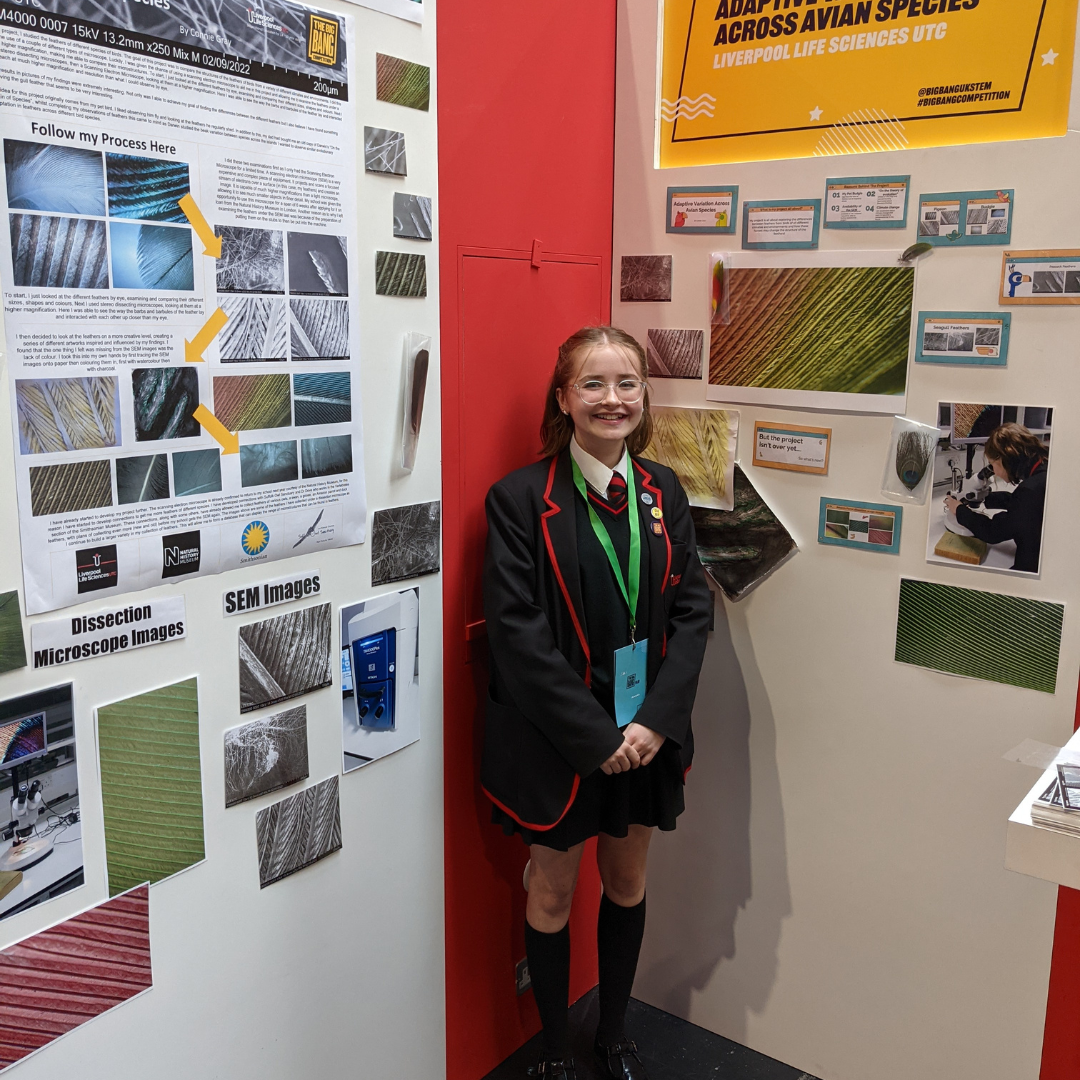 On Wednesday 22nd June, Connie travelled to the NEC in Birmingham to showcase her project at the national STEM fair. She presented her project to the many people who visited her stand. Connie discussed her work from its initial ideas through to where she wants to take it next.

At the end of the event, the awards announcement occurred. We are delighted to share that Connie was selected as the Young Scientist of the Year 2022. This is highest accomplishment for Science in the competition. Despite being from a younger age category Connie’s work, dedication and communication skills shone through and we couldn’t be more proud of her.

Connie has worked on her project titled ‘Adaptive variation across avian species’ throughout the year. Her project began when the UTC was loaned a Scanning Electron Microscope (SEM). Students were encouraged to bring samples of things to look at. Connie has a budgie at home that moults feathers quite regularly, she chose to observe these under the SEM. When observing the feathers, she noticed that the spacing between the barbs of the feather were fairly pronounced. She opted to then look at other feather samples to see if there any differences or similarities in their microstructures. When looking at a pigeon feather, she noticed while the general shape of the barbs looked similar, the spacing between them was far less and that they actually looked as if they were overlapping. Connie was able to determine that the spacing was linked to the climate that the bird originates from. Budgies are native to hot climates and pigeons are native to cooler climates. Connie wanted to continue this further and to discover if there was evidence for adaptive variation in the microstructures of the feathers, and if this could link to climate change.

Connie entered this project into the Big Bang Competition; one of the largest national STEM competitions in the UK. She participated in a video call in May that was the judging for the finals this year and has this week been awarded the prize, Big Bang Young Scientist of the Year 2022.

You can check out Connie talking about her experience on Newsround https://www.bbc.co.uk/newsround/61899804