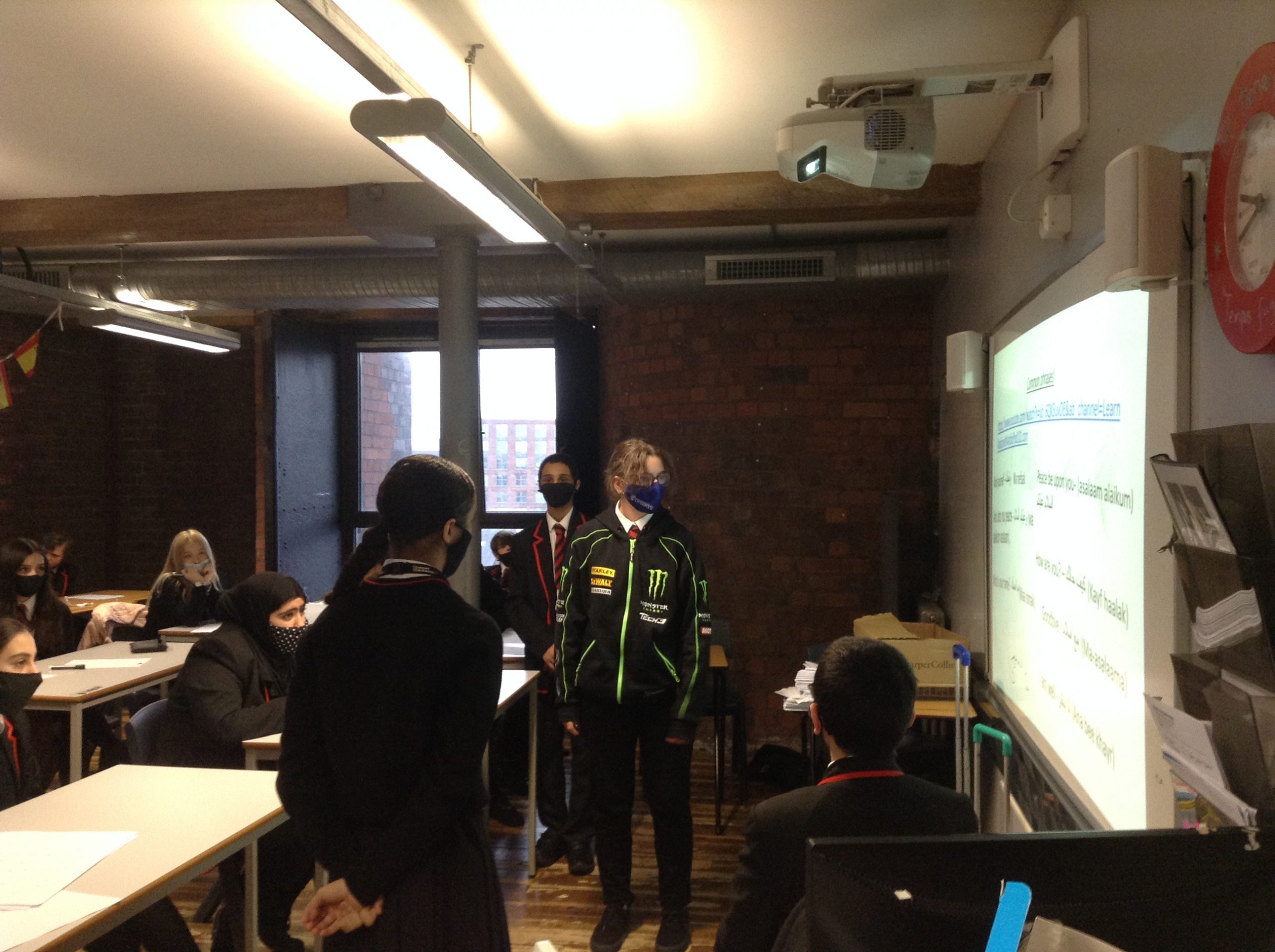 Pupils at Life Sciences UTC and The studio in Liverpool are taking the opportunity to learn Arabic as part of a language programme funded by Qatar Foundation International (QFI) and managed by the British Council.

The Arabic Language and Culture programme introduces pupils to the language, history and cultures of the Arabic-speaking world. It aims to counter the negative stereotypes often portrayed in the media and to make Arabic a realistic language choice for secondary school pupils in the UK.

KS4 pupils at the CUC have started  learning Arabic this November, joining pupils at seven other schools across the UK that are participating in the programme.

Miss Mallo said: “This is a great opportunity for our students to gain knowledge and appreciate Arabic Culture and Language, get extra qualifications in Arabic language and develop oracy and leadership skills .”

Arabic is spoken by more than 400 million people all over the world and is one of the official languages of the United Nations. It is recognised as a valuable skill for young people in the UK to acquire, with the British Council ranking Arabic in its top ten Languages for the Future due to demand from business, trade, diplomatic and security sectors.

Carine Allaf, senior programmes advisor at QFI, said: “We’re delighted that Liverpool Life Sciences & The Studio are joining a global network of more than 60 schools that have benefited from QFI’s funding for Arabic language programs. An understanding of Arabic and the Arab world will give its pupils a significant advantage as they navigate post-secondary school decisions, when they enter into the jobs market, and simply as global citizens in today’s world.”

Vicky Gough, schools´ advisor at the British Council, said: “The chance to learn Arabic is an incredibly useful opportunity for pupils, both personally and professionally. This programme will introduce them to the cultures of the Arabic-speaking world, equip them with sought-after language skills and open up new future career paths.”